Montreal-based vocalist Karen Myatt has her grandmother to thank for her love of music.

“She turned me on to the American Songbook when I was a youngster. That, in turn, led me to discover jazz, blues, gospel, soul, and rock music.”

After training at the Randolph Academy in Toronto and graduating from the American Musical and Dramatic Academy in New York City, Myatt performed across North and South America, as well as Europe.

In 2016, she produced and premiered “Ladies of Song” to sold-out audiences. Both 2017’s “Songs of the Silver Screen” and 2018’s “Blues Deluxe” were equally successful, earning rave reviews. Other highlights include headlining the Halifax Jazz Festival and performing with Symphony Nova Scotia.

Her latest effort – Femoir – was recorded and engineered by Darren van Niekerk in Halifax, NS. The album was mixed and mastered by Christian St. Germain at Studio 360 in Montreal, QC.

“Femoir was conceived at a small café in Rome,” shares Myatt. “It might have been the cappuccino or the cannoli, but something special there gave birth to the project.”

She notes that the album’s 14 tracks celebrate the feminine spirit.

“I found inspiration in both the immediate and eternal elements that define femininity – emotion, creativity, intuition, sensuality, beauty. These songs explore characteristics and archetypes that help to define us as both a species and as individuals. They are more relevant – even required – these days than perhaps ever before.” 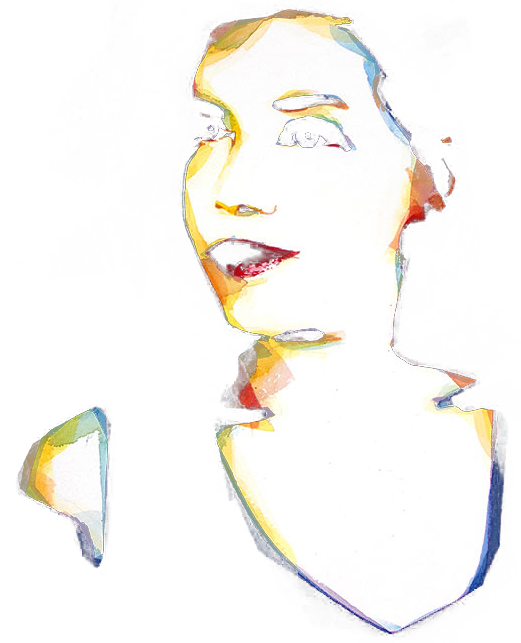 You Were Never Mine

Save Your Love For Me

This is a man’s, a man’s world
But it wouldn’t be nothing
Without a woman or a girl

Now listen
Man thinks about little bitty baby girls and baby boys
Man makes them happy ’cause man, he makes them toys
And after man has made everything, everything he can
You know that man makes money to go buy from another man

But this is a man, a man’s world
But it wouldn’t be nothing, nothing
Without a woman or a girl

Save Your Love For Me

I don’t know where we’re going
Have no idea how this will end
From the beginning, I’ve been swimming
In the current of your skin
The autumn rains turned into thunderstorms
The waters rose
I was drowning in your arms
But when I woke up in the morning
I was breathing, I was breathing
Oh, I was alive
I saw another country in your eyes

Frozen in silent moments
I watched your timeless spirit fly
Soaring above the ceiling
Into the midnight winter sky
Then you were gone, I searched a million years
All through the night, love had disappeared
But when I woke up in the morning
You were breathing, you were breathing
There right by my side
I found another country in your eyes

The midday sun is beating drums
Quarter time on our parade
We drove past city limits
Engines blazing all the way
A warm embrace became consuming fire
Our bodies burned, melted with desire
And when we wakened in the morning
We were breathing, we were breathing
We’ll never die
I’ve seen so many countries in your eyes

O Bravada
Hosanna in the highest

Rumble in the jungle, back when we were queens
Float like a butterfly, sting like a bee

You Were Never Mine

Did you give me all that you gave me
Just because, cause I needed you
But when I needed all your love completely
Was it more, more than you could do

Jezebel, what a belle
Looks like a princess in her new dress
How did you get that?
Do you really want to know she said
It would seem she’s on her way
It’s more, more than just a dream
She put on her stockings and shoes
Had nothing to lose, she said it was worth it

Jezebel, Jezebel
Won’t try to deny where she came from
You can see it in her pride
And the raven in her eyes
Try show her a better way
She’ll say you don’t know what you’ve been missing
And by the time she blinks you know she won’t be listening

A simple footnote, bittersweet
A paper trail from another lover
Another chapter incomplete
A twisted tale from cover to cover

She is screaming through the evening

In the mourning of his passing

And she shakes off all her dreaming

Just to make sure she’s awake